Why Paris is becoming the most innovative “phygital” capital in Europe?

06 Nov Why Paris is becoming the most innovative “phygital” capital in Europe?

In terms of retail, Paris has lagged behind for a long time, in comparison to London or Amsterdam. Yet, since several months, innovations and startups are flourishing in the city, transforming Paris into one of the most innovative “phygital” capital in Europe.

Is Paris now overtaking London as the European reference?

For long, Paris has been lagging behind in terms of e-commerce maturity. Yet, it is now getting ahead when it comes to innovation in the retail industry. A year ago, the Web summit in Lisbon, one of Europe most attended technology conference, named Paris as 2017’s European Capital of Innovation thanks to an ‘inclusive innovation strategy’. These awards recognise the most innovative cities in EU countries and those associated to the Horizon 2020 funding programme.

Although London has been named the artificial intelligence (AI) capital of Europe, France has been investing as well in this field. In March, President Macron unveiled a €1.3 billion investment plan in AI across the next 5 years. It will support research in the field and provide a boost to startups.

For those reasons, and due to the Brexit uncertainty effect Paris overtook London as the most attractive European city for investors, since last June. Last year, French government set up an investment fund of almost £9 billion for tech startups, to support its reputation of “startup nation”. In addition to its national strategy, the country is also increasingly attractive for major AI players. For instance, in September, Google opened its AI research centre in Paris, while Microsoft created the country’s first AI school. Facebook in turn is accelerating its investments in its artificial intelligence center.

A startup and innovation pool with an international reach

Already sponsor of Ecole 42 and founder of Free, Xavier Niel inaugurated the project of Station F in June 2017. Investing £224 million, he turned the massive space into a startup incubator. Station F boasts more than 3,000 desks, 26 startup programs, and it will introduce in 2019 a new co-living space for entrepreneurs where 600 people will share 100 apartments. It houses more than 1,000 start-ups as well as founder companies such as Microsoft and Facebook. Besides, along with those digital giants, retail leading actors likeL’Oréal, Vente-privee or LVMH also invest in this promising and innovative space by partnering with Station F and creating their own accelerator for French and international startups.

In fact, according a RetailMeNot study, 71% of French and UK retailers will partner or have already partnered with a startup to offer better products, technologies and services. 55% want to implement technologies in-store (tablets, connected screens) and 47% will massively invest in new technologies (virtual and augmented reality, artificial intelligence…) over the next year. 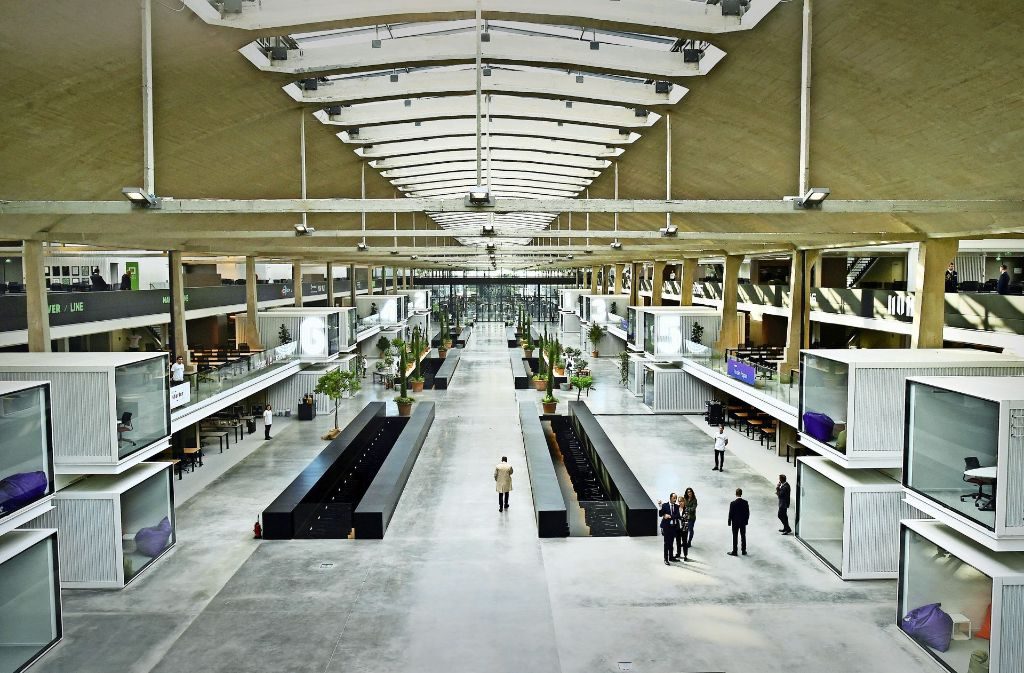 Paris’ international dimension also translates into some of the largest retail events in Europe. In particular, Paris Retail Week is the biggest European 360° trade retail event. During 3 days in September, Paris becomes the capital of experiential and connected commerce, bringing together 800 participating companies and 40,000 professionals of the retail sector.

Also held in Paris, Viva Technology is an annual technology conference, dedicated to innovation and startups. This year in May, the third edition welcomed 100,000 attendees (+47% compared to 2017), 9,000 startups, 1,900 investors, 125 countries. Plus, 20 challenges were proposed to startups by leading groups in their sector (Orange, Samsung, Volkswagen, …). LVMH for instance, hosts its Innovation Awards during the event. Among 800 candidates and 30 finalists from around the world, French startup Oyst, a specialist in e-commerce, was rewarded by the jury composed of the group’s CEO, Rimowa’s CEO, IBM’s CEO and Farfetch’s CEO.

Another sign of Paris’ international dimension and attraction is the increasing number of alliances signed between retailers and pure players. Last December, a couple of weeks after Auchan decided to partner with Alibaba on the Chinese market, Casino group was teaming up with the online-only UK grocer and tech provider Ocado. The alliance aims to develop Casino online sales, starting with one of its subsidiaries: Monoprix. In March, Monoprix chain also became the first French retailer to sell products on Amazon.

Prior to Amazon Alexa’s arrival on May, the leading electronics retailer, Fnac Darty, strenghtened its partnership with Google to position itself as an alternative to the giant Amazon on the French market. Indeed the French retail group will roll out demonstration areas for Google Home products and services in all its stores, and integrate payments in the Google Assistant voice app.

More recently, in June, France’s largest food retailer Carrefour in turn teamed up with Google to boost its online shopping business. Its groceries will be available on its new dedicated shopping site in France and through Google-operated systems (connected speakers and voice-assisted devices) from next year.

A report from Euromonitor International shows online retail in France grew by more than 10% in each of the past five years. No doubt then, that Amazon has been investing heavily in France, its largest European market after Britain and Germany. Prime Now express delivery service is running in Paris since 2016. The same year, it had partnered with grocer BIO c’ Bon and wine merchant Lavinia on a limited grocery shopping service for Parisian Prime members. It also has five logistics centres across the country with plans to open a 142,000 sq ft delivery warehouse before 2019.

Concept stores have been booming in the capital

Many Parisian stores truly set themselves apart thanks to their innovative concepts, as well as their design and the services they offer customers. Innovative concepts stores such as Undiz Machine (experiential shopping) or the new Sephora “Flash” store (bringing digital in-store) that presents many new technologies and offer unique services.

More recently, two new “phygital” concepts stood out from the crowd and provide unique, global and seamless experiences. The new Saint Maclou concept store and 4 Casino new grocery store (a French Amazon Go) just opened in the capital. They both aim to enrich the physical experience by providing unique technologies and services. Shoppers can use an interactive touch table to design the decoration of a room in Saint Maclou store. In 4 Casino, customers can check-out through an Amazon Go system to shop 24/7 and pay online. Indeed, Paris is more than ever a multinational destination. Casino took advantage of that and now offers WeChat and Alipay solution in its new store to attract more customers.

Today, Paris is a major place of innovations and has become the capital of “phygital” retail. From many concept stores to successful start-ups and retail actors, it is definitely a city you should visit. Each year, B.D.C. organises several tailored learning expeditions and ad hoc retail tours for retailers with a logic of inspiration or development on site. Those immersive business trips mix retail tours, meetings with managers of concept stores, innovative retail tech startups or major digital players.

Also booming in terms of retail innovation and progress, Lille, known as the Retail Valley, is hosting end of November the Connected Day.  a must-attend digital event. More information about it will follow here soon.