Voice commerce: Fnac Darty will partner with Google to fend off Amazon 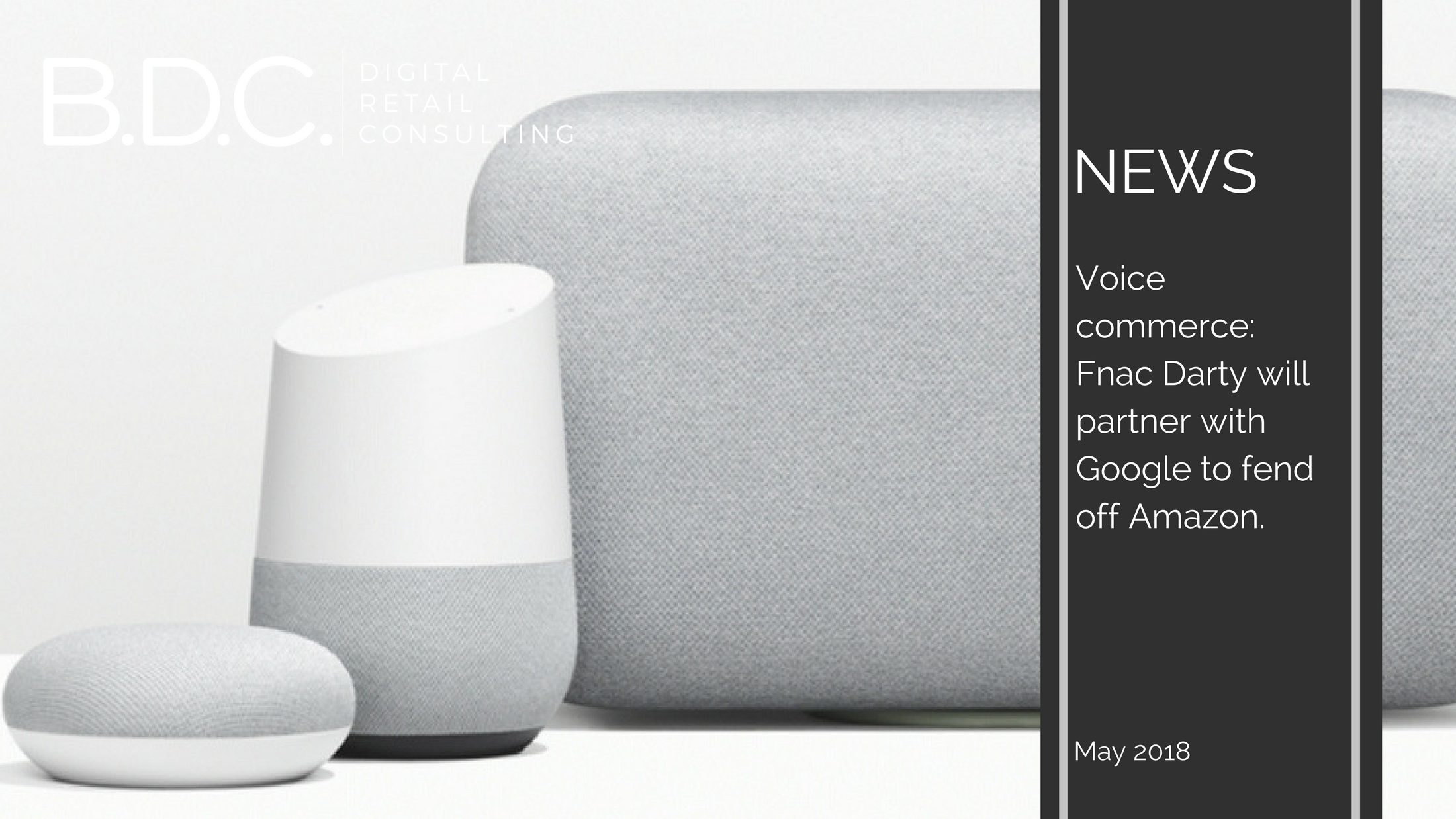 01 May Voice commerce: Fnac Darty will partner with Google to fend off Amazon

At the moment, smart speakers are mainly used for repeated and simple queries which are still far from the full capabilities of those AI-powered devices. However, with an estimated 1 billion searches per month already being conducted by voice, the technology certainly can’t be dismissed as a fad.

Today, 40% of adults are using voice search once per day and voice shopping is expected to grow from £1.4 bn today to £29 bn in 2022. In addition, there will be over 1 billion voice assistant devices in circulation worldwide by the end of 2018 (figures from Alpin.AI).

In order to increase the adoption of this technology, new designs appear including screens for browsing. Amazon is leading the way in this area, having already equipped its Echo Show and Echo Spot speakers with screens, while Google is collaborating with Lenovo to develop its own screen-enabled home assistant. This extra ability to display search results would certainly increase the customer’s potential to make considered purchases through these devices (for more than recurring or low-cost goods).

Although the US and UK are currently the biggest markets regarding smart speakers sales, France is also progressing and major players strengthen their positioning on voice shopping. The French electronics retailer Fnac Darty will roll out demonstration areas for Google Home products and services in all its stores to fend off challenges from Amazon.

Fnac Darty positioning itself as “trendsetter” of voice commerce in France

Google Home has arrived on the French market a bit less than a year ago and the leading French electronics retailer, Fnac Darty, was one of the first to sell Google smart speakers. However, looking at the forecast of voice commerce the French retail group must not and will not stop there. Indeed Fnac Darty has decided to accelerate with Google Home via a new strategic partnership. At the end of June, Fnac Darty will deploy demonstration spaces for Google Home devices in all of its stores (150 stores in total). These experiential zones of 10 to 50 square meters will first appear in Fnac stores (starting with Fnac Saint-Lazare in Paris), and then in Darty stores. In these areas of 10 to 50 square meters, visitors will be able to try out and interact with the smart voice assistant, Google Assistant.

In addition, Fnac Darty is one of the first three French merchants (with Sephora and Oui.sncf) whose Google Assistant voice application will integrate the step that was missing so far: payment. Users of the app (on Google Home or smartphone) will be able to buy Fnac products by voice in 4 products categories: music, books, video and toys. The customer journey? When the user has chosen an item, he will confirm the payment on his smartphone via the app of the voice assistant, pay with his account Fnac and indicate in which store he wants to collect his order. Finally, the “Darty button” is now available on Google Assistant.

“This partnership is the perfect illustration of the spirit of our Confidence + strategic plan: the desire to offer our customers a unique and exclusive experience of discovery, purchase and service, and to our partners an unrivaled platform for highlighting their brands and products” said Enrique Martinez, managing director of Fnac Darty. 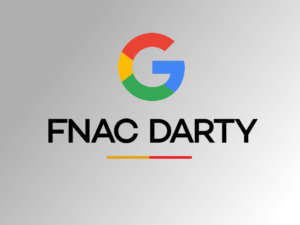 Anticipating the arrival of Amazon Alexa on the French market

According to some French newspapers, Amazon Alexa should launch in France on May 23rd. Then the new partnership between Fnac Darty and Google could be interpreted as an alliance to fight the enemy N°1: Amazon. Moreover the partnership will strengthen Fnac Darty’s positioning on the voice commerce trend prior to Amazon Alexa’s arrival.  It’s worth noticing also that Fnac Darty is currently doing 17% of its turnover online (total turnover of 8bn euros). In addition, the distributor has also signed exclusive agreements with the Kobo e-books (Rakuten group) or even Deezer (music streaming provider). Those many partnerships aim to position Fnac Darty as an alternative to the giant Amazon on the French market. It seems more than relevant however will it be enough to face competition?