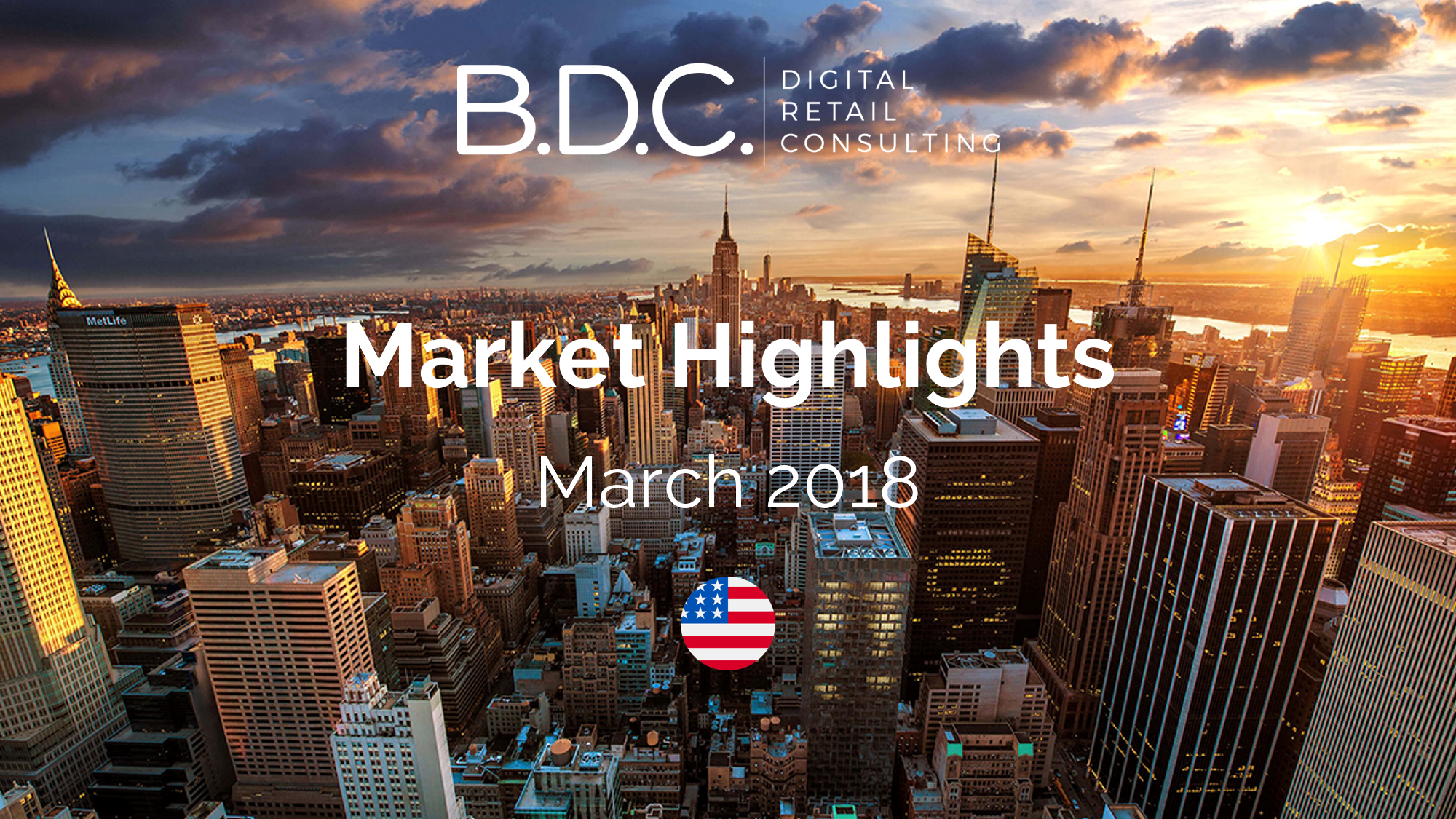 Every month B.D.C. unveils Retail essential information. Latest trends and innovations, key players, startups, market figures… Do not miss the latest retail news, check them out in 60 seconds only.

Beauty was one of the fatest growing industry in 2017. Have a look to three key data related to the sector:

Amazon announced its will to shift the subscription model of its Prime Pantry program to a $5 monthly plan. The latter delivers non-perishable household goods to customers in limited-capacity shipments. For now, customers pay a flat delivery fee of $5.99 per box. But this can be a real brain teaser as it requires to fit a maximum of articles to fulfill a package even though customers are only interested in a few of them. The deletion of such a friction point would increase the order frequency.

In the fierce competition of online orders for groceries, specifically with the ongoing battle with Amazon, Walmart plans to expand its grocery home delivery service to serve 40% of U.S. households by the end of 2018. Transportation will be provided by crowdsourced delivery services, such as Uber and Deliv, which Walmart already uses in its six test markets. A $30-minimum order and a $9.95 shipping fee are required to benefit from such a service.

While reporting a surge in its revenue from online sales in 2017 (+41%) last Wednesday, Zara also unveiled the future launch of an Augmented Reality app in a selection of 120 flagships worldwide, from April 18. Mostly targeting Millenials, the mobile app will display models come to life on screens – walking and even talking – wearing selected looks. Mobile phones will simply need to be held up to a sensor or designated shop windows. Customers will thus be able to dynamically interact with the clothes, clicking on the products to buy them.

On March 9, the women clothing rental subscription-based startup Rent the Runway (RTR) received a $20 million investment from Alibaba’s Jack Ma (CEO) & Joe Tsai (co-founder and executive vice chairman). As of this announcement, the company is valued at $800 million. RTR’s representatives declined to comment about a potential next move to an IPO, an expansion or an acquisition.

Founded in 2009, the ‘Netflix for dresses’ company started by loaning women designer clothes at a low retail price for specific occasions (party, marriage, etc…). Today, it offers 3 different subscription-based plans, whose most expensive requires a $159 monthly fee (+ tax), enabling women to rent 4 articles at a time, for a constantly rotating wardrobe. Subscribers can also decide to buy clothes at advantageous member-only prices.

In 2016, RTR counted 6 million customers and $100 million total revenue. No updated figures has been shared since.