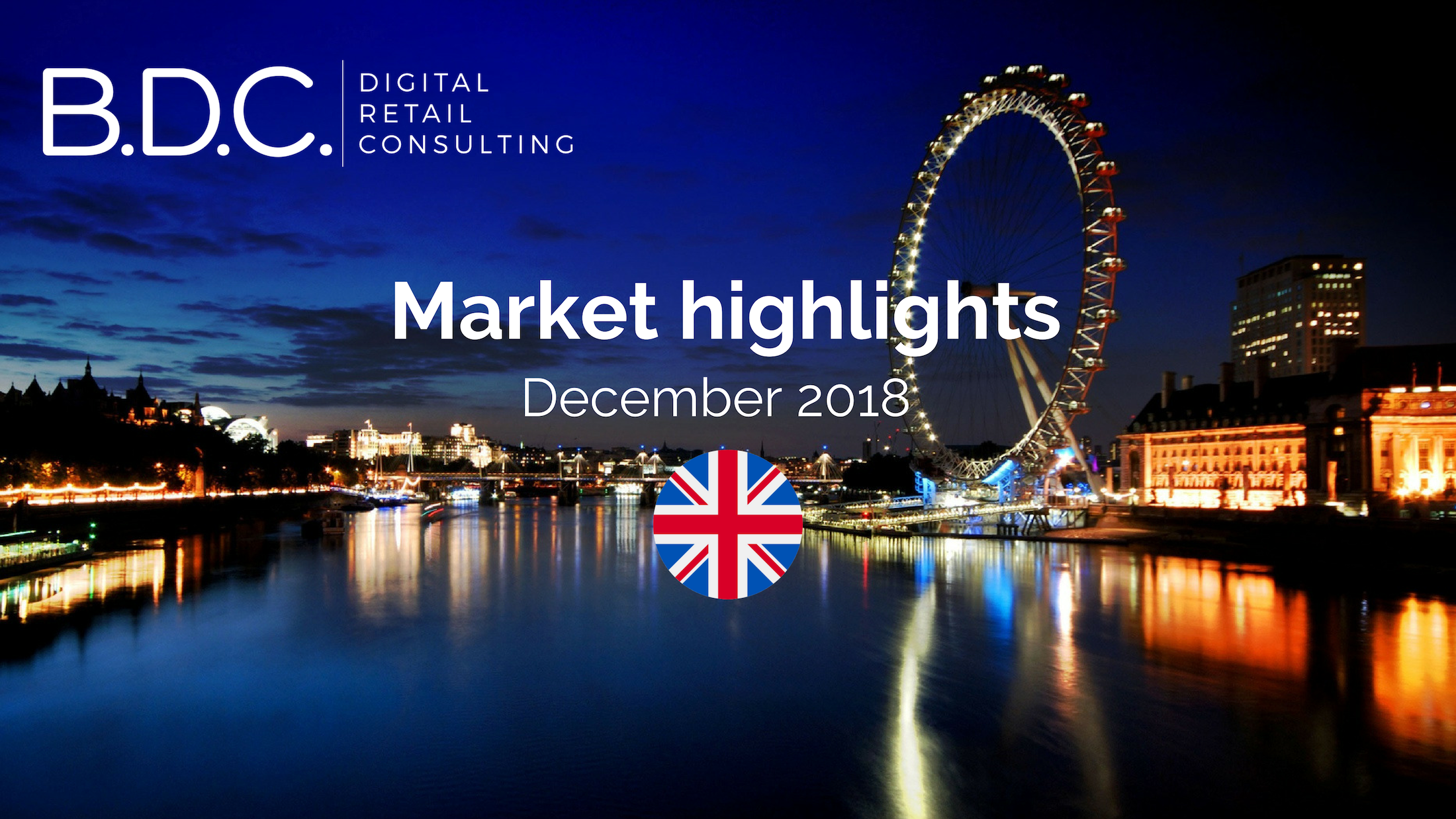 British physical stores suffered their worst footfall decline of 3.2% for the month of November since 2009, compared to a 0.2% increase on the same month last year. Last month also marked the 12th consecutive month of footfall decline, mainly due to a Black Friday effect.

The one-day sales event, originally coming from the US, is now lasting almost a week, culminating with Cyber Monday. The shopping day has reshaped British shopping habits during the entire month of November and has now transformed into an hybrid offline-online event. Yet, it is gradually slowing down and this year’s edition has not been as successful as retailers thought it would be.

Brick-and-mortar sales stayed flat during Black Friday, growing by less than 0.5%, according to BDO. The latest Capgemini – IMRG index showed that online retailers are starting to struggled as well. They experienced their lowest growth of 8.1% for the month of November since 2011, far from the 3, 6 and 12-months sales growth average of respectively +8.3%, +10.5% and 12.2%.

In particular, fashion retailers will face a £1.6 billion impact on bills due to the amount of returns from the Black Friday sales. In total, a study from “Rebound Returns” says the impact will be up to £2.4 million during the period between Black Friday and Christmas Eve. The main difficulty for retailers is to recover returns costs, as often packages are processed and resold on January only, often at a discounted value.

Waitrose starting to use farming robots

Waitrose will be the first supermarket to start selling food farmed by robots. Indeed, it started a three-year trial with the Small Robot Company, using autonomous farming robots that will analyse, plant and protect crops at a farm in Hampshire. The three small robots named Tom, Dick and Harry will each have a specific role in the farming process, from eliminating the weeds to planting the crops.

The objective is to reduce the use of chemicals and improve soil health, increase farmers’ revenues by 40% and reduce costs by up to 60% while increasing yields. Employees won’t be replaced by machines but instead are set to focus on more value-added tasks. Robots will start to farm wheat fields, which will be used to produce flour and bread sold in Waitrose’s stores.

Costa Coffee has launched “Clever Cup”, the UK’s first reusable and contactless coffee cup, powered by Barclays technology. Customers can track their spending, top up their balance and control the contactless feature using the bPay app. The Clever Cup is available in Costa stores since November, for £14.99, including a £1 donation to the Costa Foundation.

Doing so, Costa hopes to appeal to more customers, as they increasingly look for more environmentally and socially responsible products and brands when buying products and services. The technology can be used not only to pay in Costa coffees but wherever there is a contactless symbol.

Any cookies that may not be particularly necessary for the website to function and is used specifically to collect user personal data via analytics, ads, other embedded contents are termed as non-necessary cookies. It is mandatory to procure user consent prior to running these cookies on your website.