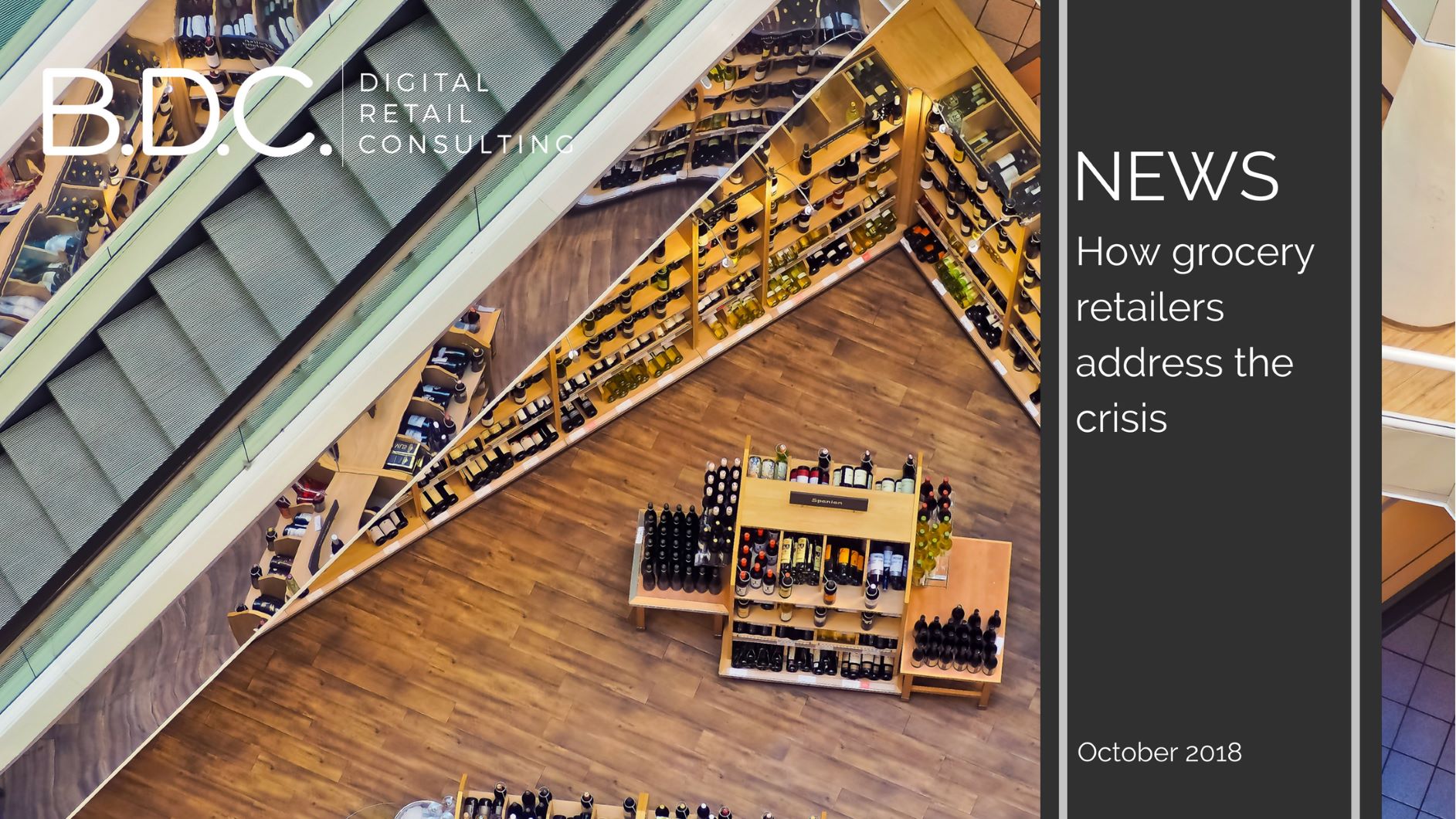 A couple of weeks ago, we were decoding the high street crisis and the causes of it. Among others were the shift to online shopping, decreased footfall in stores or increasing operating costs.

Yet, despite a record proportion of online sales that reached 18.2% of all retail sales last month, physical sales held on. This proved that high street retailing isn’t over, although new measures need to be taken to give physical stores some leverage over online rivals. Only boring and old-fashioned shops that won’t adapt to customers’ changing demand will be left behind and eventually disappear.

Yet, for now, even though online sales proportion keeps rising at a rapid pace, food physical sales stays ahead compared to their online counterparts: last year, brick-and-mortar sales accounted for 94.7% of total sales. 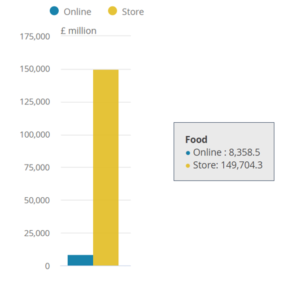 Alliances and horizontal development to broaden the offering

Let’s have a look at Tesco that saw this week a 12.5% rise in its half-year sales compared to the same period last year. The UK’s biggest supermarket chain undertook many changes this year though to meet with customers’ demand. Earlier this year, Tesco completed a £4bn takeover of UK’s largest wholesaler Booker, creating a new powerhouse in Britain’s £200bn-a-year food market. Not stopping there, Tesco later announced a long term “strategic alliance” with France’s biggest retailer – Carrefour.

Most recently, it unveiled the first one of its new discount stores Jack’s. It branded itself as the undeniably most British and cheapest discount store compared to its rivals. To do so, it is advertising that eight out of 10 products are grown, reared or made in Britain. This forms part of Tesco’s long-term strategy as the German rival giants Aldi and Lidl today account for 1,300 stores in the UK and total 13.1% market share.

Other grocery retailers bet on a global re-brand to redefine themselves, such as Waitrose.

Along with John Lewis, the two associated brands have unveiled their re-branding and ran their first joint marketing campaign. They focused on what differentiate them from their competitors by adopting a new visual identity “& Partners” that put their 83,000 staff at the heart of their business.

The two retailers aligned their marketing strategy and their resources and now focus more on the experience they provide to their customers. Indeed, being able to provide a seamless or memorable experience to shoppers is what makes retailers stand out. Marks & Spencer for instance just launched check-out free payments in six of its stores, allowing shoppers to pay from their phone for small purchases. Meanwhile, Hotel Chocolat invites customers after working hours for some special lock-ins tasting sessions in shops.

“Retail is undergoing a transformation driven by changes in shopping habits, new technology, stiff competition and an increasing regulatory burden,”   Rachel Lund, head of insights and analytics at the British Retail Consortium.

Eventually the Big 4 supermarket chains all made a move on the development of their activities long ago. In 2016, Morrisons, the “smallest” of them, signed an agreement to supply groceries to Amazon’s UK shoppers whereas Sainsbury’s was acquiring the Argos chain.

Waitrose rebranding is newly adopted and although it was one of the main topic these past months, the retailer keeps innovating. It announced this morning it will trial in-home delivery while a customer is absent, using smart lock technology. It will become the first UK supermarket to offer this service.

Either by refocusing on their core value-added, or through a horizontal expansion, or by offering seamless experiences, brands understood that transformation and adaptation are vital. Technology and digital shift remain keys for retailers to stay ahead of their online counterparts. Since its creation in 2009, B.D.C. assist retailers and leading brands and develop customised solutions tailored to their issues. Our experts can help you define your strategy and choose the best and most relevant technologies for your business.