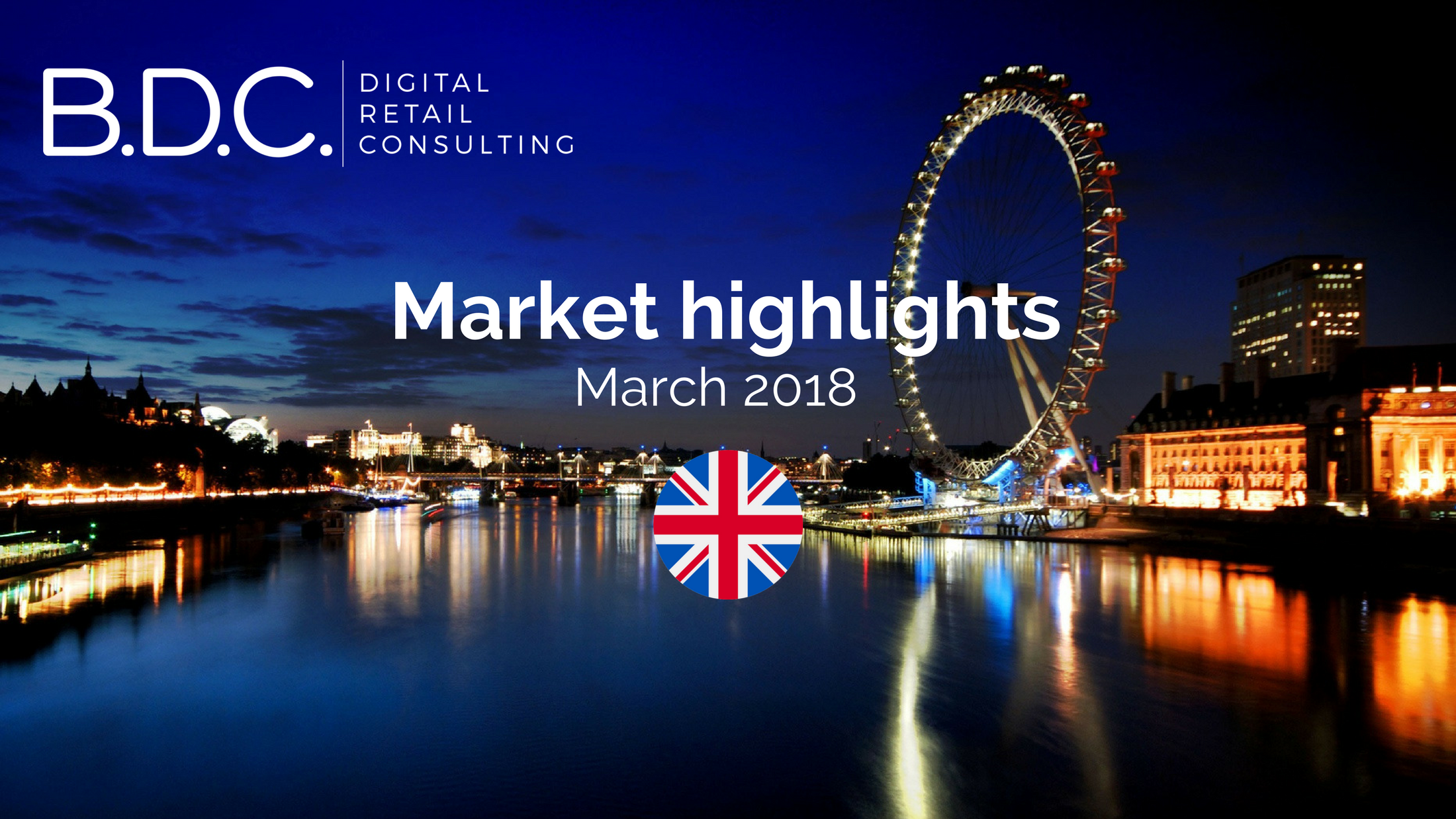 According to a new study, sales at the UK’s largest 20 Ecommerce retailers grew by 23% to £8.4 billion over the last year. It is worth noticing that more than half of this amount came from the UK’s 3 largest online retailers: Asos, Shop Direct and Ocado. They have reported sales of £5.1 billion – up from £4.4 billion a year earlier. This was supported by a report from Criteo revealing that 53% of online purchases have been made via smartphones in the last quarter of 2017.

Looking at another research from Worldpay, 37% of British consumers prefer to shop via mobile browser over mobile app. While mobile apps remain the channel of choice for the majority of consumers, competition within the app space is only getting tougher in the UK. Indeed 31% of UK shoppers are willing to pay more for a product of service if the mobile shopping experience is better. The UK mCommerce market is one of the fastest growing in the world, but it is also among the most demanding. As UK consumers become more selective about the apps they choose to download and use, there is also an increasing demand for brands to offer a more luxurious and personalised shopping service via their mobile app.

Mcommerce sales in the UK were worth over £35 billion in 2017, which accounted for 43% of Ecommerce sales. That share will probably increase to over 45% in 2018, if the predictions come true and UK mcommerce will be worth £42.4 billion.

United Colors of Benetton has inaugurated of its new flagship on London’s Oxford Street this month. The new location is just 10 minutes away from its older flagship and the brand has focused on advanced technological interventions to uplift the shopper’s retail experience. Touch LED screens pushing interactive content, a library-style lounge seating area filled with publications on design and art and culture, a knitwear theatre showing the brand’s projects on touchscreen tableaus, etc.

Westfield London centre’s new £600m extension has opened at its White City centre, making it Europe’s largest mall. New stores openings in the mall include John Lewis, Adidas, H&M, West Elm, Currys PC World, Boots, Space NK, Mango and The White Company. As an example, the new John Lewis store presents its first “Style Studio”, where customers can choose to be advised, either one-to-one or in a group consultation, by one of five personal assistants. John Lewis is also launching a new app-based service to enable shoppers to keep in touch with their own personal stylist.

Primark has unveiled details of its largest ever store that will open in Birmingham in December 2018. The new store, to be located at Birmingham Pavilions, will employ approximately 900 people and showcase five floors of fashion, beauty and homeware over 160,000sq ft of retail space.

Made.com has raised £40M of equity in its latest round of funding. The furniture retailer plans to use this money to boost its growth and expand its online and offline business across Europe. It has also been announced that Made.com has reached profitability in the UK, France and Benelux in 2017 and it’s now cash-flow positive at a group level. In 2017, they achieved a net revenue around £126M, representing an increase of 40% compared to 2016.