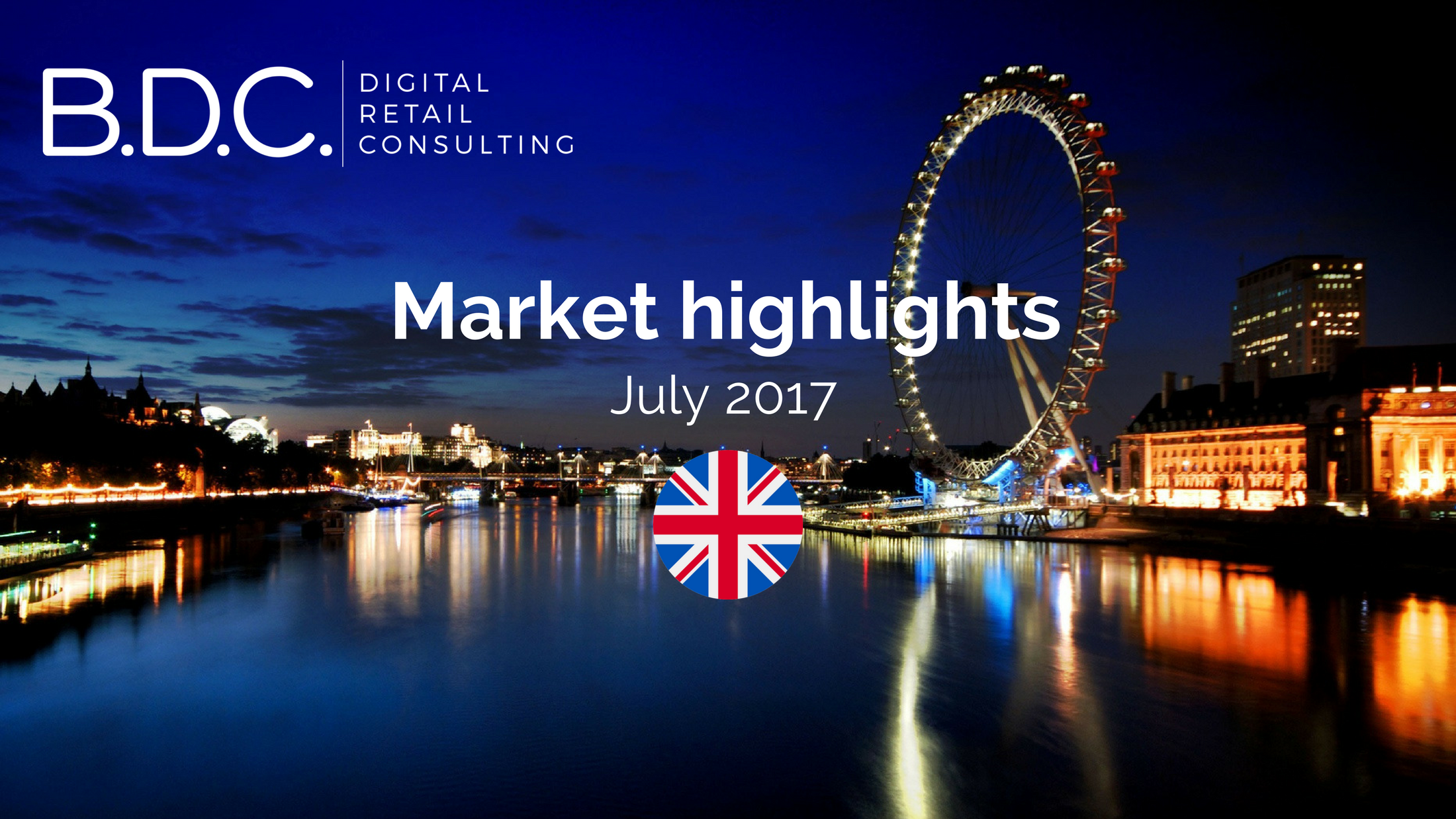 In June, overall UK retail sales rose by 1.2% on a like-for-like basis and online sales grew by 10.1%. Ecommerce sales contributed at 2.4% to the growth of non-food retail sales during this month.

According to the Retail Traffic Index (Ipsos), the average weekly footfall increased by 10.4% in June compared to May 2017. This is the highest month-on-month increase since the index has been created, 20 years ago. This result is even more impressive if we consider political upheaval and security fears over the past months.

The British Retail Consortium’s (BRC) annual Payments Survey revealed this month that overall card payments accounted for more than 50% of all retail transactions by volume, overtaking cash for the first time. Also it is worth noticing that the average UK cards payment value decreased from £18.63 in 2015 to £18.42 in 2016. Cards are even replacing cash for lower-value payments.

Amazon announced that Tuesday’s Prime Day has been ”the biggest shopping day of its history”. Let’s look at the figures a bit closer! According to Hitwise, the total visits to Amazon.co.uk on Black Friday and Cyber Monday still eclipsed Amazon Prime Day on the British market (49 million visits and 47.5 million respectively vs. 44.4 million visits on Prime Day). Nevertheless, the number of transactions has been slightly higher on Prime Day with 3.72 million compared to 3.68 million on 2016’s Black Friday as well as the conversion rate (8.4% vs. 7.5% on Black Friday).

Lidl announced its plans to open “at least one shop a week” in the UK amid a £1.45 billion expansion scheme. Christian Härtnagel, Lidl UK Chief Executive, confirmed the plan of opening over 60 stores per year in the UK. Lidl has already agreed on locations for 50-60 stores to open in the next two years.

Snap Map is Snapchat’s scheme to connect online content with offline reality. As a result, Snap Inc. acquired the intellectual property of the augmented reality location startup Drop, including its location-based messaging patent.

In 2013, Drop developed an app that lets users post photos or text to a certain location and followers get notifications to check it out when they are nearby. By using Drop’s technology, Snapchat can now launch a new feature allowing users to discover location-based messages via Snap Map or Snapchat’s AR lenses.