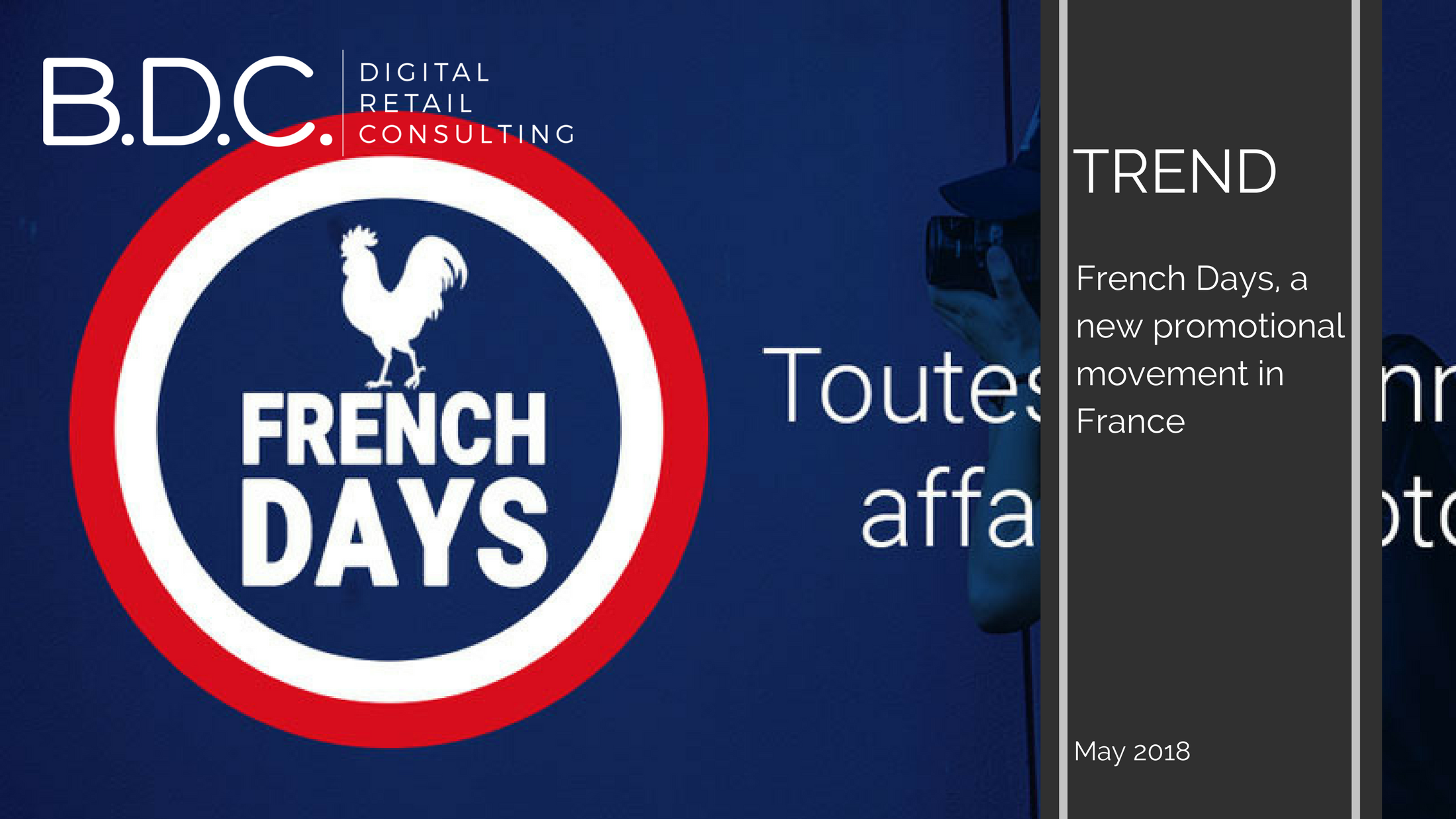 03 May French Days, a new promotional movement in France

It might seem very insignificant compared to Black Friday in the UK, however this new promotional operation has been quite successful, and French retailers might do it again in 2019. As a result, the six websites recorded “a significant increase in activity” and more than 43M visits over five days. In total, more than 200 retailers took part of the French Days promotion –  in addition to the six that initiated it.

A significant increase in activity

On the first day, Rakuten France (formerly Priceminister) saw its turnover grow by 45% on average compared to a normal day. During the operation, Showroomprivé and BeautéPrivée respectively saw their sales rise by 42% and 75% compared to the same period in 2017. They have also registered an increase of visits by 12% (BeautéPrivée) and 9% (Showroomprivé). Mobile’s share were between 63% and 67% of Showroomprivé’s total sales.

Finally, it accounted more than 238,000 mentions generated by 16,000 unique authors (a study from Brandwatch). In addition, 71% of internet users who exchanged on social networks around the French Days were men and 29% women. They were particularly interested in games, sports, music and technology.