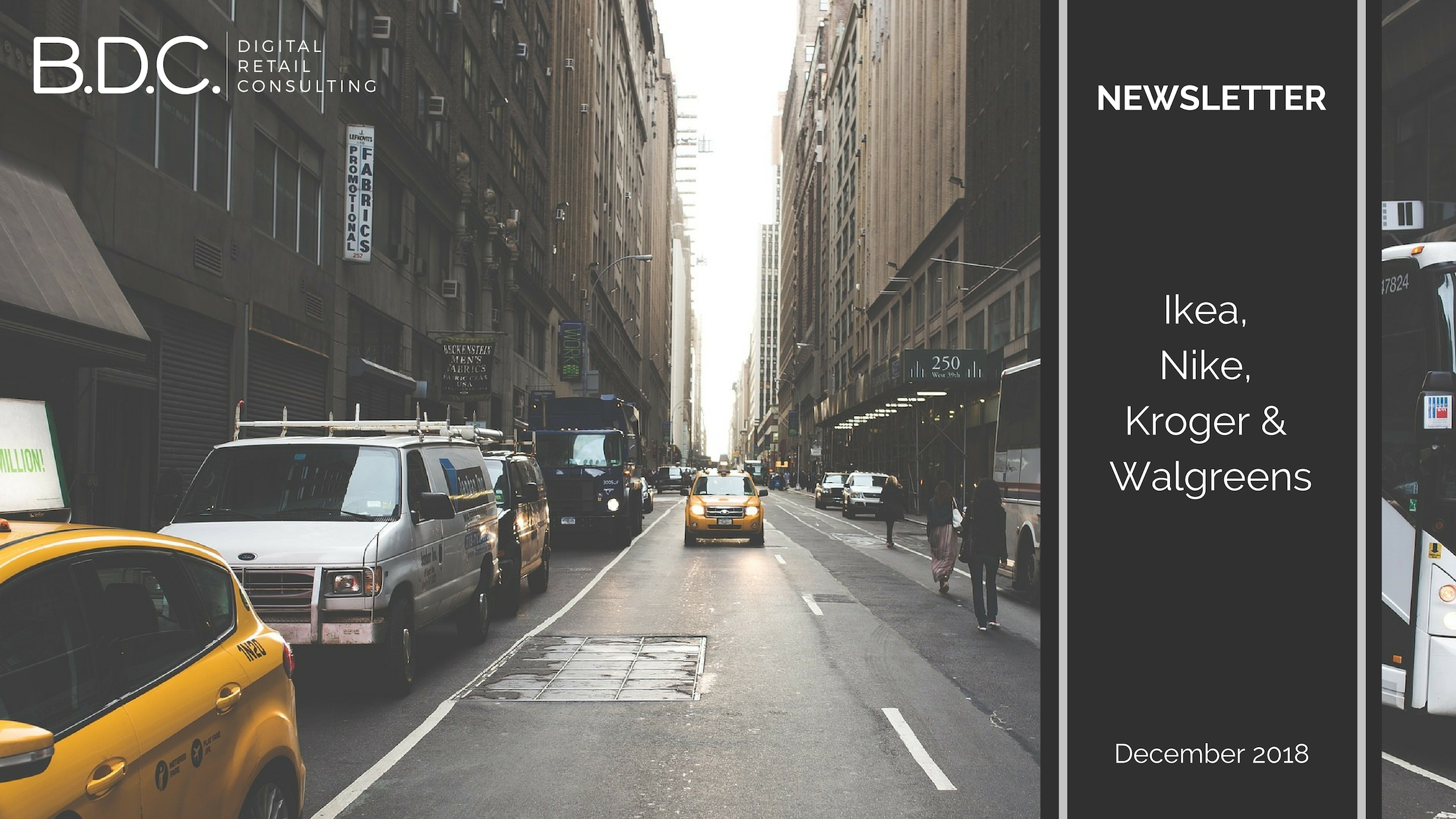 Discover the three digital retail news that get our attention this month.

Ikea will move in the city center of Manhattan next Spring

The Swedish massive store furniture retailer will open a first-ever “city center” format at 999 Third Avenue, NY in 2019, alongside Bloomingdale’s, CB2 and Home Depot. The company has previously announced it plans to open 30 similar formats over the next three years. Specifically designed for urbanites, the company is introducing a new concept called the Ikea Planning Studio, which promises to be more accessible and convenient for these latter.

Real New Yorkers have taken part into the development of this offer focusing on “smart solutions for urban living and small spaces,” intending to discover, select, and order Ikea products for delivery to their homes. The store will offer lower-priced shipping and delivery for city center inhabitants, in addition to assembly services, help with financing and a buy online, pick up in store option.

New York City dwellers can expect a remodel of the Brooklyn Store in addition to the recent opening of the new customer fulfillment center in Staten Island – a clear will for Ikea to improve the customer experience and offer a smoother customer journey. “We recognize that we are in a rapidly changing retail environment, and to be fit for long-term growth, Ikea is transforming in a way that lets us meet our customers where they are,” Lars Petersson, the manager of Ikea’s U.S. retail division.

Enter in the Nike “House of Innovation 000” of NYC

Mid November, Nike has officially launched its forward-thinking House of Innovation 000 flagship store in New York City, on the Fifth Avenue. This opening intervenes a few months after the Nike by Melrose store opened in Los Angeles. The 68,000-square-foot, six-floor store is designed to work in hand with the Nike app, letting shoppers check out on their smartphones, ask to have clothing delivered to dressing rooms and schedule appointments with an in-house stylist. Billed as “living retail brought to life,” and the “most personal and responsive sport experience” currently available to consumers, the House has been thougth to represent the best that Nike has to offer.

The flagship notably offers a combination of real-time store evolution, data-focused experience and both customization and DIY spirits all along the customer journey. The store thus introduces the Nike Speed Shop, an entire floor that uses local data to stock its shelves, and re-stock them based on what the community wants. In addition, Nike dedicated many customization & DIY areas: two maker’s studios, a customization wing on “The Arena”, a Sneaker Lab to see the largest concentration of Nike footwear anywhere in the world and the Nike Expert Studio, a paragon of one-on-one service that local Nike Members can book in-store and on the Nike App.

In Shanghai, where Nike just opened a store similar to the New York flagship, Nike says it is signing up a new member every two minutes. “We’re seeing our members engaging at a rate that exceeded our expectations,” Adam Sussman, Chief Digital Officer at Nike.

Kroger is expanding its exploratory pilot consisting in opening mini grocery outlets inside 13 Walgreens stores over the next few months. Taking up roughly a third of Walgreens’ selling space, Kroger Express markets will offer 2,300 products including fresh produce, meat, dairy and frozen items as well as private label products, including its organic brand Simple Truth and Home Chef meal kits. Each Walgreens’ location will also offer pickup options for groceries ordered through Kroger’s website (a partnership the two companies announced back in October).

Alternative formats like drug stores and discounters pose an existential threat to conventional grocers. According to a report from McKinsey & Company, traditional grocers could lose as much as $700 billion globally to competing formats and as many as half of all supermarkets could go out of businesses if retailers don’t act.

Subscribe to our newsletter to get the last insights on digital retail !