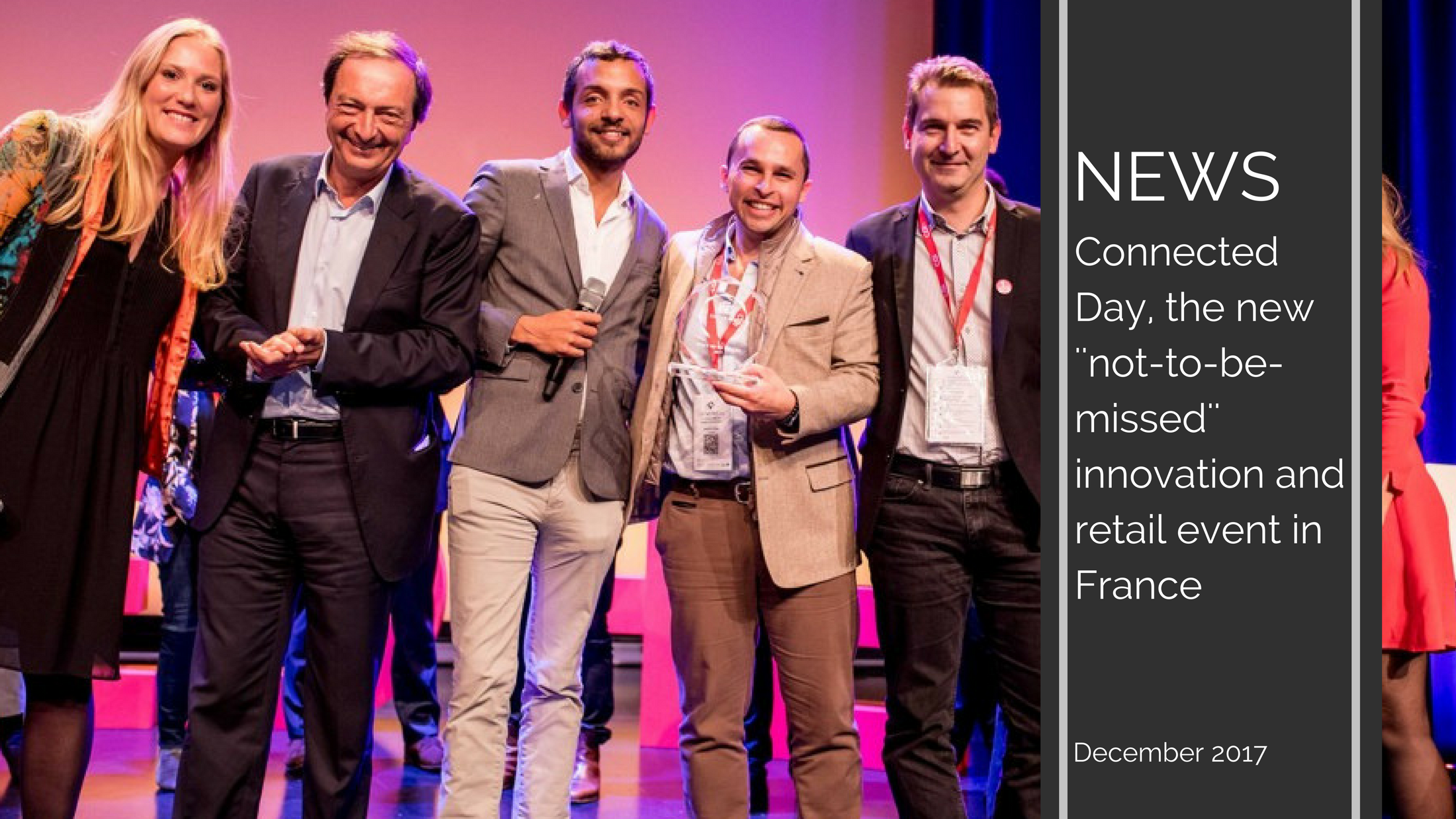 After the success of the last two years, the 3rd edition of the ICC Startup Awards has changed a bit. The event took place on November 23rd in Lille (the French retail valley) and included an entire day of conferences, networking and one-to-one meetings: the Connected Day.

THE EVENT IN FEW WORDS

Indeed the Connected Commerce Institute (or “Institut du Commerce Connecté”, I.C.C.), organising the event since the beginning, understood that distribution decision-makers and start-ups were waiting for a human-sized networking event around digital retail. This high-level event has been designed for savvy decision-makers who want high-quality content on emerging issues in their industries.

The I.C.C. created the Connected Day in 2017 to meet these expectations. For retailers, it has been a unique opportunity to meet digital & retail startups. For startups, it was a great impulse to promote their solutions, to pitch all day long during one-to-one meetings with retailers. Also for the 10 startups nominated during the ICC Start-Up Awards ceremony, they all gain visibilty as well as acknowledgment by pitching on stage in front an audience of decision-makers (Chief Digital Officer, Ecommerce directors, Brand Directors, …).

The event has gathered 100 brands, over 700 persons including distribution decision-makers and startups. Finally 200 hundreds one-to-one meetings occured during the day and 4000 votes have been registered to reward 5 of the 10 startups selected (over 70 applied to be nominated).

The day has started with a keynote led by Michel-Edouard Leclerc (CEO of the supermarket chain E.Leclerc, group with over £ 32.2bn annual turnover in 2016) and Thierry Petit (co-founder of Showroomprive.com, £ 474 M annual turnover in 2016) on the theme: “What future for physical trade in the face of ambition without limits? Amazon? “. Luke Jensen, CEO of Ocado Solutions in the UK, has also been a top contributor of this day being speaker in one of the conferences on artificial intelligence (also thanks to its efficiency and high-end automation solution, Ocado Solution just got its first international deal with Casino in France – article HERE).  Throughout the day, thematic conferences were organized around 4 key topics for retailers:

THE STARTUP WING RECEIVED THE AWARD OF ”MOST PROMISING STARTUP WORLDWIDE”

Founded in 2015, Wing offers a simple pick, pack, and ship service in order to enable e-merchants to compete with the curent demanding delivery standards. They are curently based in France and in the UK and count up to 500 clients. We decided to interview Antoine Sentenac, co-founder of Wing and CMO, to better grasp what the Connected Day meant for them and their projects in the future.

B.D.C.:  Did you expect to be nominated for the ICC Startups Awards and how do you explain your success?
Antoine: No it was a real (good) surprise and we are delighted to have caught the attention of such a prestigious jury with our service and the quality of our operations!

B.D.C.: Can you tell us more about Wing and its future international projects?
Antoine: Wing is the only logistics solution able to help small e-merchants as well as large retailers directly from their stores. Urban logistics are at the core of retail debates and Wing brings the most successful solution to this fast-growing sector. We expect a strong international development in the coming years with openings in Spain and Benelux.

B.D.C.: Why did you choose the UK as the first international target?
Antoine: The UK is the first Ecommerce market in Europe. We look a lot at the other side of the Atlantic with a very American culture and the UK is a great first step in development. In addition we were lucky to find partners who already lived in London. 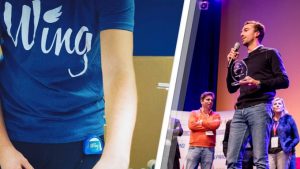