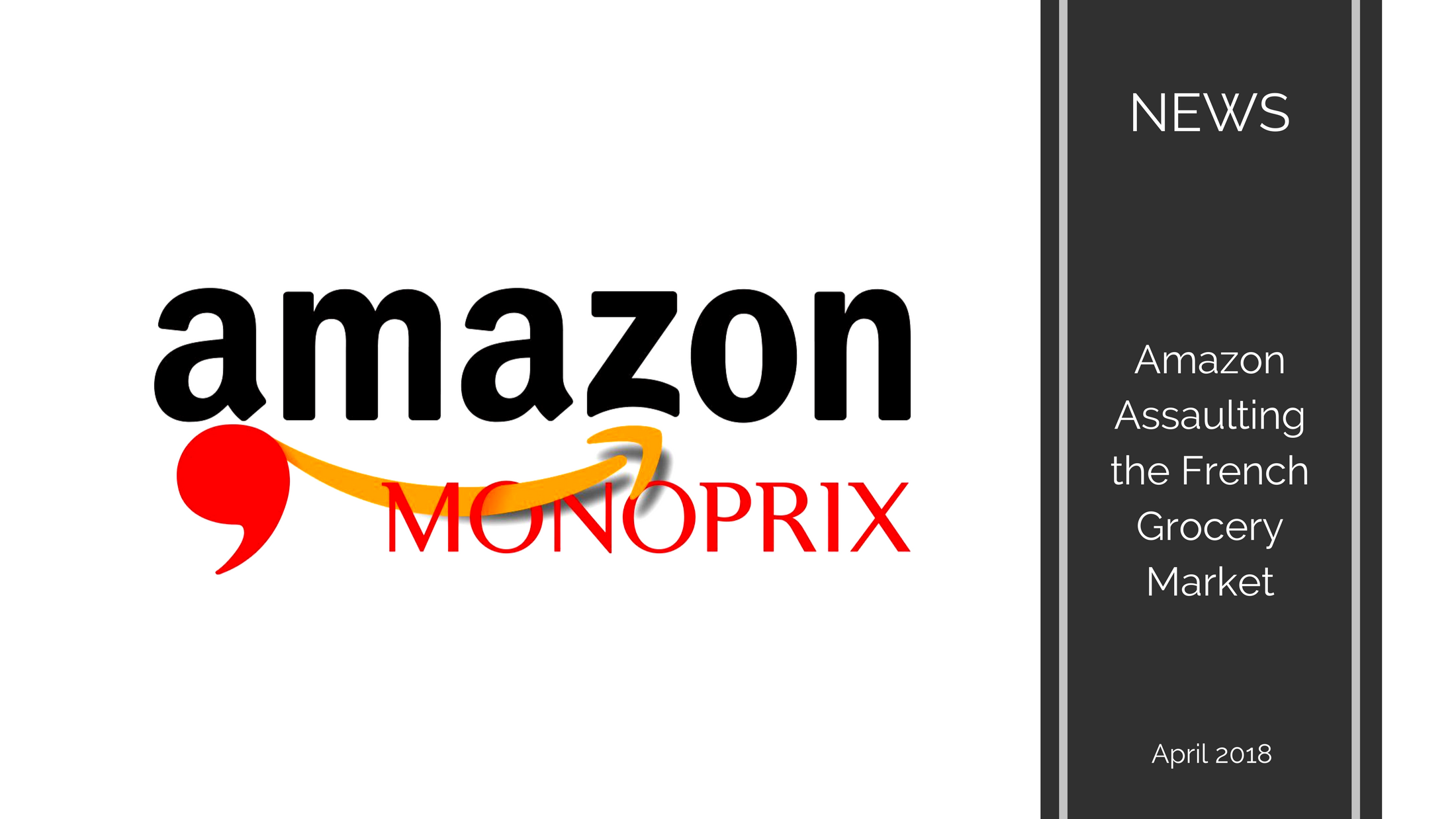 U.S. e-commerce giant Amazon has signed a distribution deal with French retailer Casino Group after months of speculation about potential plans for partnerships or acquisition in Europe. It is a first for France, where online grocery sales lag far behind the United States and Britain.

According to this new deal, the French high-end local retail chain Monoprix will get its own portal on Amazon France, where Prime Now subscribers will be able to shop. The food retailer operates nearly 800 stores in 250 cities, with a focus on fresh and high-quality items similar to Whole Foods. However, this offer only covers Paris and the surrounding suburbs, though the service area could expand in the future, according to Regis Schultz, CEO at Monoprix.

Monoprix customers will receive two-hour free delivery for goods over €40, while one-hour delivery will cost €7.90. This compares with Monoprix’s requirement customers spend €130 to qualify for free delivery. Picking will be operated by 4 Monoprix shops, and 5,000 references will be offered (10,000 being the targeted objective).

Casino’s shares rose by more than 4% on Tuesday morning (March 27) after the announcement late on Monday (March 26).

Monoprix already ventured onto Amazon in 2013, when it used its web shop to showcase its own clothing product range. Now the French retailer expects to expand its number of delivery options with the deal.

Indeed, the deal complements Casino’s partnership with UK-based Ocado announced last November, a service that is better suited to shoppers with larger basket sizes who are interested in next-day delivery. Nonetheless, this alliance will not start working until 2019 – and Casino Group needs to protect Monoprix, one of its key contributor to group profit, notably from Leclerc, which has started home delivery in Paris in March. Leclerc also aims to open click and collect stores and hypermarkets in the capital as it does not own any store yet in the area. Additionally, Carrefour is increasing its ecommerce presence with a € 2.8 million investment over the next five years, six times its current investment.

Cooperation between Amazon and Casino could extend to Brazil as well. The retailers are discussing the possibility of a partnership involving Via Varejo SA, the local appliance and electronics unit of Casino.