10 digital retail news you should not have missed this summer! 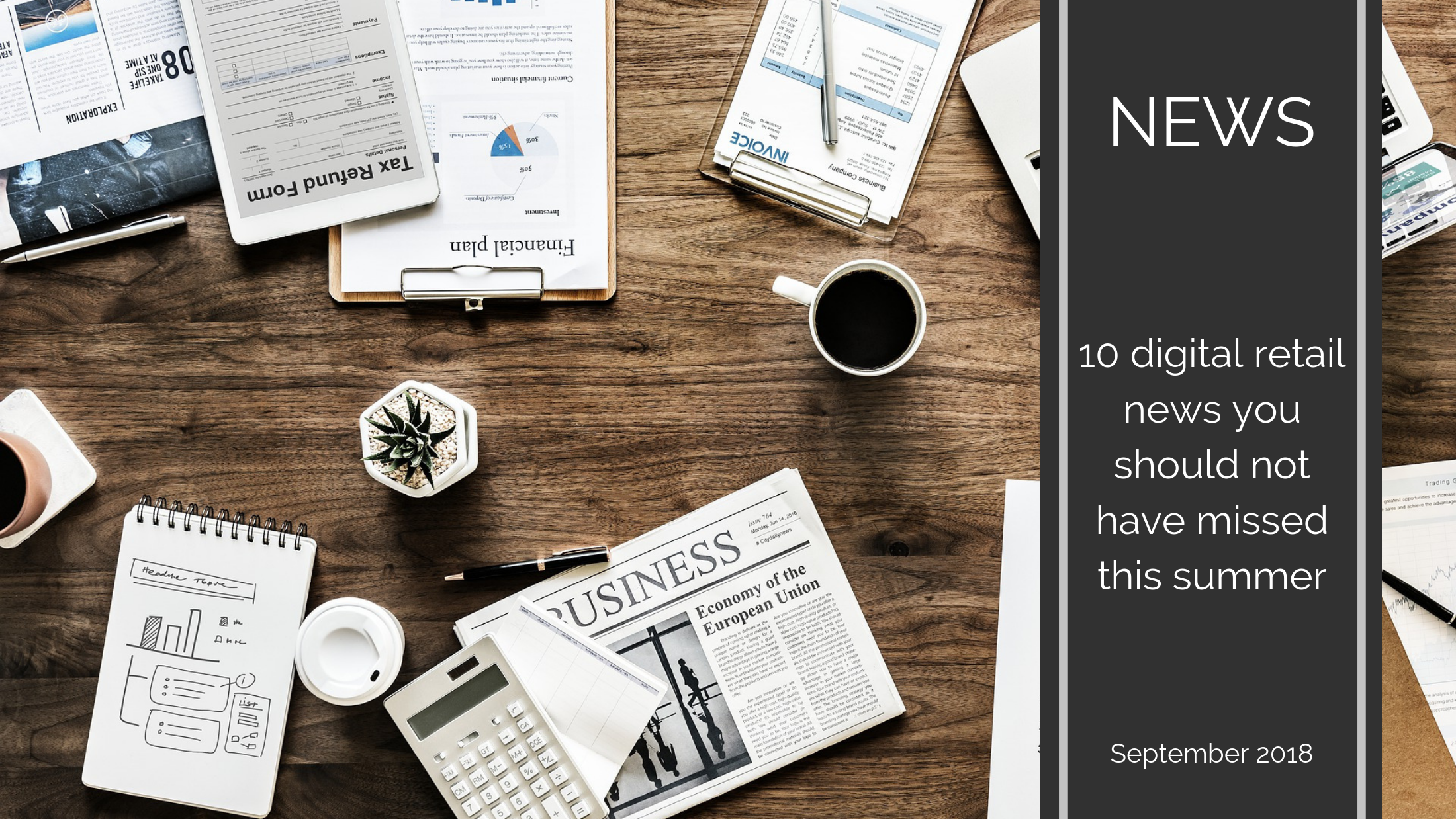 04 Sep 10 digital retail news you should not have missed this summer!

TIME TO GO BACK TO WORK!

B.D.C. gives you a summary of the 10 digital retail highlights
you should not have missed this summer!

1. Apple reaches $1 trillion value, being the first US-based (and, for now, the only) trillion-dollar company on the market. As a comparison, Amazon, Google and Microsoft are worth more than $800 billion on the stock market. This virtiginous figure can be explained notably because of the incredible success of its flagship product, the iPhone, which represents half of its turnover.

2. Amazon records an outstanding benefit of $2.5 billion over 3 months (+1,184%!), which is twice what analysts predicted. These results can be justified by the success of Amazon Web Services (+49% turnover). Amazon is not the sole digital actor to perform, with Target delivering quality results with net income up 19.1% ($799 million) and Walmart reporting the strongest quartely revenue growth in 10 years, reaching $129 billion.

3. Alibaba beats forecasts with 61% growth ($12.2 billion) in the latest quarter.  At the root of this success: significant advertising revenues, massive investments (cloud, entertainment and connected stores) without forgetting to mention its numerous partnerships with brands and brick-and-mortar retailers.

4. Zippin opens the first automated Amazon Go-like store. The Bay Area startup  has launched a small public demo in San Francisco that will grow into a full-sized AI-driven convenience store in the coming months.

6. Chinese digital leaders continue to seduce occidental retailers: Walmart partners with JD.com to co-invest $500 million in the online grocery and delivery service JD Daojia, while Unilever signs a logistics deal with the same actor to expand its operations in China.

7. Office Depot expands its Workonomy Tech Services kiosks to 141 stores in Florida, Georgia and Texas. Aimed at small and medium businesses, “Workonomy” kiosks feature on-demand access to Office Depot’s technology experts, who offer installation and consultation support. The office supplier is also running a “Workonomy Hub”, a co-working space pilot in one of its stores in California.

8. Alibaba launches a cashierless automated unmanned wine shop in Hangzhou. Within 1 year, 5 to 8 stores will be opened nation wide. The shop introduces the auction concept that allows shoppers to place bids on wines and spirits via Alibaba’s auction platform inside the store.

9. The “Costco for Millennials”, Boxed, has raised $111 million in a Series D. The round was led by the “Walmart” from Japan, Aeon Co. This cash will be used to focus on its in-house logistics services, building up its robotic team that works to fill order. The company also announced it will be opening up a Chicago area fulfillment center to join the four it already has (in New Jersey, Nevada, Georgia and Texas).

10.  2018 has been another challenging year for traditional retailers. After shutting down 5,000 stores in 2017, 4,000 other closures have been announced for 2018. Among the latest alerts, Sears and Kmart are closing 49 additional stores and Lowe’s chain Orchard Supply Hardware will close all 99 of stores the company owns.