Lingerie e-tailer Adore Me expands its physical footprint in NYC 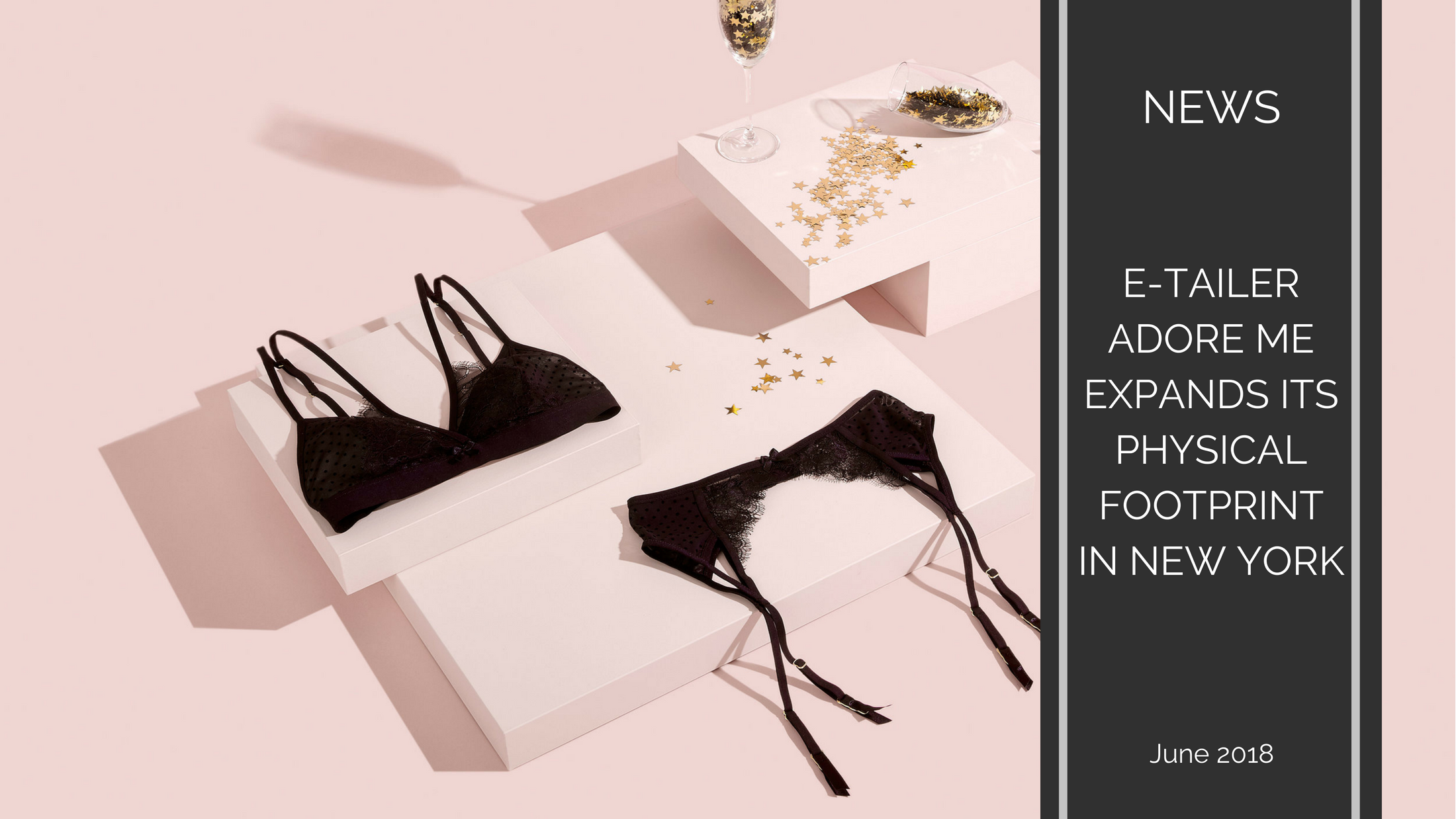 Another pure play takes the move on physical retail: NYC-based women’s lingerie e-tailer Adore Me has just opened its first store in Staten Island Mall! The Millenials brand offers more affordable high-quality lingerie for a wider range of body types, from petite to plus-size. Becoming multichannel, soon to be omnichannel, this young lingerie actor strives to offer a new retail experience to its customers.

Birth of “The New Face of Lingerie”

Founded in 2010, Adore Me embodies “The New Face of Lingerie” and appears to be a challenging competitor to Victoria Secret’s. All begins when Morgan Hermand-Waiche, the founder, had difficulties to find an anniversary present for his girlfriend: “I found there weren’t many brands that were as nice as what I wanted for her but in the price range of my broke student budget,” he says. “And then I thought, God, if I see that problem and I don’t buy lingerie every day, what must it be like for women who need to purchase these things more often but can’t find anything that looks nice, fits well and is a reasonable price?”

But lingerie is a tough business to break into as this type of garment is composed of more than dozens of components when a traditional garment is made of 5 up to 10 maximum. Due to this manufacturing constraint, logistics require to order components a long time in advance plus in large volumes – otherwise products can’t be timely made. Thus the first two years of the company were dedicated to raise fundings: $11.5 million in total. An significant amount to get the facility up and running.

Each of Adore Me’s products are made exclusively for its website, with 30 to 40 new products launching each month (instead of 2 collections per year as traditionally observed in the industry). Their catalog is so extensive that the site encourages shoppers to answer a seven-question style quiz and relevant sizing questions, to create customized style profile. Thus the brand is able to generate a customized virtual “showroom” for each shopper, which learns a customer’s preferences the more they browse and buy. But its merchandise isn’t limited to innerwear — Adore Me also sells sleepwear, corsets and swimwear.

The retailer grew almost 1,400% from 2014 to 2016. With revenues in the $100 million range and a customer base of more than 11 million (70% being Millenials), the brand is now looking offline to propulse its business to the next level. The company put a first step in physical retail in April 2016, with a by appointment-only showroom located in their headquarter, offering 1-to-1 styling and home delivery. In June 2016, Adore Me partnered with Nordstrom to begin selling products in Nordstrom stores and on the company’s e-commerce site. A few month after, in October 2016, Adore Me partnered with Lord and Taylor to begin selling products in the Manhattan flagship store and online. Last week, Adore Me opened its first permanent store in the U.S., planning a major incursion in the brick-and-mortar world with the opening of 200 to 300 stores in the next five years. Aiming to grab some market share to its main competitor, Victoria Secret’s.

When its U.S. distributor could not fulfill its orders, Adore Me decided to build its own warehouse and distribution center in Secaucus, N.J. Now, the warehouse will be essential for retail expansion as the company intends to open its initial three stores within a 45-minute radius. Their next 20 stores will be located in the Northeast, “and after they will expand opportunistically,” COO Liot sad during Retail Innovation Conference.

Any cookies that may not be particularly necessary for the website to function and is used specifically to collect user personal data via analytics, ads, other embedded contents are termed as non-necessary cookies. It is mandatory to procure user consent prior to running these cookies on your website.